I have been a long time user  of  the Backup/Restore commands in the Organizer of Photoshop Elements. My general practice has been to use the Full Backup option. However, as my photo/video collection has grown (about 600 Gb and 46K items) over the years, the time to do the backup and storage space it requires have grown tremendously.

More recently, I have begun to use the Incremental Backup option more and more. 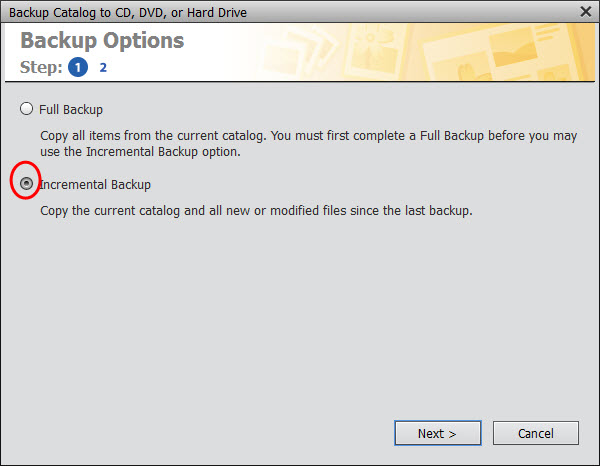 That is definitely not the case. Generally speaking, on my PC, an incremental backup takes just about as long to do as does a full backup.

Here is an example for my most recent incremental backup.

In this example the backup was about 17 Gb and took about two hours and forty minutes. I basically did not use the computer during this period. Also of note, is that I was backing up to a portable USB 3.0 external drive, but it was plugged into a USB 2.0 port on my PC. Also, I was using PSE 13.

So, using the Incremental Backup saves tons of disk space but still takes a significant amount of time. It would be nice if Adobe would add some type  of status or progress report during the time period when no real helpful information is being displayed.

I generally do two or three incremental backups before doing a full backup. To find out more about my use of the Backup/Restore commands, you can check out the link below or use the Search bar on this page to view a list of all of the posts on this and related  subjects.

If you have ever taken one of my Photoshop or Photoshop Elements classes, you know that I am a big fan of improving the skies or replacing them altogether if they are unfixable.

This YouTube video demonstrates one of the most effective and easiest ways to replace a sky that I have come across. It uses Photoshop in the video, but since Photoshop Elements includes the Refine Edge  Tool, the technique should work in it as well. I have not tried it yet. 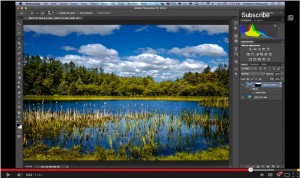 The video was produced by Anthony Morganti.